In Georgia Runoffs, Dems Are Running Hard On Health Care. Republicans? Not So Much

There was still an hour to go before Vice President Pence took the stage to stump for Georgia's two incumbent U.S. senators, Kelly Loeffler and David Perdue. Both Republicans are fighting to hold onto their seats against Democratic challengers, with a runoff election set for Jan. 5.

But Pence was clearly the celebrity draw at this Nov. 20 campaign event in Canton, an Atlanta suburb. People were so eager to see him that parking spots were scarce and a long line of cars snaked through the parking lot of a community college. Some drivers jumped the curb and parked in the grass.

Hundreds of people, many unmasked, had to undergo temperature checks before boarding large coach buses for a short ride down the road to the rally site. It took place in a large open space outside of a conference center, but people stood close together, with little physical distancing.

Next month's runoff in Georgia was triggered after no candidate in either Senate race won more than 50% of the vote in the Nov. 3 general election.

In the midst of the coronavirus pandemic and with the fate of the Affordable Care Act in question, Republicans are hoping the two incumbents can hang on to their seats, and thus preserve their party's control of the Senate, by a 50-48 margin.

But if the two Democratic challengers, the Rev. Raphael Warnock and Jon Ossoff, both win their runoffs, it will allow Democrats to take narrow control of the Senate, with the help of Vice President-elect Kamala Harris as a tiebreaker.

Yana De Moraes had come to the rally from another Atlanta suburb, Buford. She's uninsured, and, after a recent hospital stay, had been thinking a lot about how expensive medical care can be.

"We would like our health care costs lowered, so it could be more affordable," she said, with a rueful laugh. "So you don't get another heart attack while you're getting a bill!"

Other voters said they were just looking for any kind of change, ideally one that involves less government involvement in health care.

Barry Brown had made the 40-mile drive from his home in Atlanta for the rally. He's retired but too young to qualify for Medicare, so he has Obamacare insurance, which he affords with the help of a federal subsidy.

"It sort of works. It's better than nothing," Brown said. "I would like to see an improved health care situation. I don't know what that will be, so maybe they'll mention that today. I'm hoping so."

But Brown didn't get the answers he was looking for.

At the rally, Loeffler made only brief mention of her health care plan, which focuses on reducing drug prices and giving people access to insurance options that cost less but offer fewer benefits.

When it was his turn to speak, Perdue didn't talk much about health care either, though he did take a shot at Obamacare, which he's voted multiple times to overturn.

"Remember a little thing called the Affordable Care Act? You think that was done bipartisan?" Perdue asked the crowd. "No! It was done with a supermajority! Can you imagine what they're gonna do if they get control of the Senate?"

This has been typical for how the two Republicans handled health care as they campaigned throughout the state.

Their Democrat challengers, however, have been all over health care in their own speeches.

Warnock opened his runoff campaign to unseat Loeffler with a modestly attended Nov. 12 event that focused entirely on health care. So did Ossoff in his bid to win Perdue's seat.

"This is why these Senate runoffs are so vital," Ossoff said at a small, physically distanced event Nov. 10 in the shadow of the Georgia Capitol in Atlanta.

Ossoff and Warnock support adding a public insurance option to the Affordable Care Act. They also have emphasized the role Democrats will play in resurrecting key parts of the law if the U.S. Supreme Court decides to overturn it. The justices are set to make a ruling next year.

"If the Supreme Court strikes down the Affordable Care Act, it will be up to Congress to decide how to legislate such that preexisting conditions remain covered," Ossoff said.

Democratic voters such as Janel Green connect with that message. She's from the nearby suburb of Decatur and is fighting breast cancer — for the second time. Green is worried that if the protections in the Affordable Care Act disappear, her private health insurance might try to deny her coverage.

"I have to worry about whether or not next year in open enrollment that I won't be discriminated against, that I won't have limits that would then potentially end my life," she said.

More than one-quarter of Georgians have preexisting conditions that could make it hard to get coverage if the Affordable Care Act is struck down, according to an analysis from the Kaiser Family Foundation.

That possibility is also driving Atlanta resident Herschel Jones to get involved in the runoff. On a recent weekday morning he dropped by an Ossoff campaign office to pick up a yard sign.

Jones, who has diabetes, is insured through the Department of Veterans Affairs. He said everyone deserves access to health care.

"It's a main issue, because the Affordable Care Act benefits all those individuals who might have preexisting conditions," Jones said.

One reason why Ossoff and Warnock are running so much harder on health care than Perdue and Loeffler is because that strategy paid off for Democrats in the general election, said Ken Thorpe, a health policy professor at Emory University.

President-elect Joe Biden can thank independent voters for his win in Georgia, Thorpe said, and they were drawn to him because of his promise to uphold Obamacare.

"The threat of potentially losing health insurance in the midst of this pandemic turned out to be probably the major defining issue in the election," he said.

Polling in the days leading up to the Nov. 3 election showed Democrats were motivated on the issues of health care and the coronavirus pandemic.

If Democrats want to win these Senate runoffs in Georgia, Thorpe said, they'll need to continue to stay focused on those issues. That emphasis could help them attract additional moderate voters as well as provide the motivation to entice those in the party base to come out again and cast ballots for a second time.

"The health care issue is the probably main motivating factor that's gonna get Democrats and independents to the polls," he continued.

But in a state that's traditionally favored Republicans in runoff races, even with a strong health care message, it'll be tough for Ossoff and Warnock to break that trend and unseat the Republicans, Thorpe said.

This story comes from NPR's reporting partnership with WABE and Kaiser Health News. 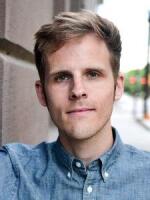