In addition to home cooks and restaurant chefs, food prices are a growing problem for schools. And the fact that the school year is at an end isn't relieving concerns for a district in Massachusetts.

At Fairview Middle School in Chicopee, Mass., district food services director Joanne Lennon is already worried she won't be able to serve some of the same menu items in the fall.

"I'm concerned about my hamburger rolls next year," she says. "Pineapple, it's hard to find, and the price of that is astronomical, so I might have to ... not even buy pineapple next year."

Pineapple is just the start. All sorts of cafeteria staples, from bread to paper products, are rising in price. Lennon says she's been told to expect about an 8 percent jump in the cost of food for next year.

But come September, "we don't know," she says. "There are so many unexpected things that just keep on popping up. Saying, oh my God, corn's going to go to $8 a bushel. So, right now it's 8 percent, but maybe in October it could be 15 percent."

Lennon had a taste of sticker shock this year, when milk prices rose 21 percent — an added expense of almost $60,000 to her overall budget of $3 million a year. She handled that by raising the price of the a la carte items the school cafeterias offer — like individual cookies and juice drinks. But such patches only go so far.

And while a certain amount of what cafeterias spend on each lunch is reimbursed by the federal government, Lennon says that reimbursement just isn't keeping pace with this year's inflation.

"We get maybe a 3 cent increase a year per meal from the federal government, and no way is that going to cover this cost," she says.

It's gotten bad enough that many districts are raising lunch prices for next year. Lennon says she's holding off, because any rise in price could mean a drop-off in the number of student customers she has, which could further gouge her bottom line. More than half the students in her district come from low-income families.

"If I could help the parents out by not going up on something else — they're already paying high prices for gas, for their home food they're paying a lot more — so I said, well, if I could keep at least lunch prices the same, maybe they'll still be able to afford to give them a nutritious lunch every day," Lennon says.

So Chicopee is finding other ways to fill the gaps: extras like Jell-O and cake are out, and Fairview cook manager Susan Lacasse says one day's leftover spaghetti goes into the next day's soup.

"And now we are cooking more from scratch, that's going to save a lot," she says. "Our soups and our sauces are all from scratch, rather than frozen or pre-made."

But not all school districts are equipped to do anything more than reheat. Lennon says because of her district's kitchen ingenuity, the food price increases haven't yet interfered with her ability to provide nutritious meals for kids. But it is a precarious balance. Just try making a healthful paper bag lunch for $1.60 a pop. 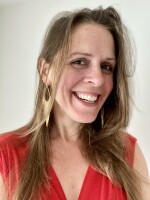 Tina Antolini
Tina Antolini is a Peabody Award-winning storyteller and radio producer. She grew up in rural Maine and studied ethnomusicology at Stanford University and at Hampshire College, where she earned her B.A. in 2004. She attended the radio program at the Salt Institute for Documentary Studies as part of her senior thesis project at Hampshire, and began working in public radio immediately upon graduating.