Portland Symphony Orchestra music director finalist Ken-David Masur is not an unfamiliar name in New England. He’s the assistant conductor for the Boston Symphony Orchestra, and in fact made his debut with the BSO in a program with his father, the legendary Kurt Masur. Like all conductors Masur travels the world working with different orchestras, yet when he enrolled at Columbia University as an undergraduate a career in music was the last thing on his mind. As one of the Portland Symphony Orchestra’s music director finalists Ken-David Masur took the stage at Merrill Auditorium Wednesday, November 15 in a program featuring the music of Wagner, Liszt and Brahms. 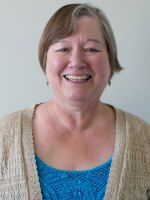 Robin Rilette
Robin is a native Oregonian from the “other” Portland, living most recently in Washington State where she was the Music Director for 23 years with Northwest Public Radio. Since accepting the position of Music Director with Maine Public Radio, she’s enjoying exploring in and around Maine and New England.
See stories by Robin Rilette