Nationwide, hate crimes have risen to their highest levels since 2008, driven in part by the pandemic and increased racial and political tensions in the past few years. In Maine, more hate crimes tied to race, religion and sexual orientation have been occurring. We discuss recent hate crimes in Maine, why they are happening, and what is being done to prevent them. This show precedes a forum on hate crimes in Maine, led by the U.S. Department of Justice and Equality Maine on September 22nd.

VIP Callers:
Michael Stiggle, owner, Timberwolves Restaurant in Mars Hill; he is Black and was attacked (along with his two nephews) by a driver in a parking lot
Matt Moonen, executive director, Equality Maine
Tahmoor Khan, local activist and business owner in Bangor; he is Pakistani American and Muslim, and his car was vandalized with racist words 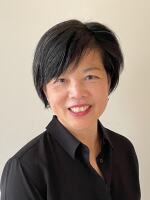