A new concert in Bridgeport brought in tens of thousands of fans to Connecticut over the weekend. But the two-day “Sound on Sound” festival was marred by parking problems, long lines and bad sound.

“Turn the bass down!” “We can’t hear!” cried fans of Zach Bryan, whose set was cut short due to the audio problems. Other concertgoers complained of understaffed booths and power outages that impacted internet access.

Concert organizer Founders Entertainment, which was behind the Governors Ball Music Festival in New York City, didn’t immediately respond to requests for comment from Connecticut Public. In an online statement, Founders said it responded to complaints by reworking walkways at Seaside Park to facilitate better crowd movement, boosting staffing at booths and adjusting “the sound to ensure music can be enjoyed throughout the entire park.”

Our team is working overnight to expand and reconfigure the viewing area to accommodate more space for all fans, and defining walkaways across the performance field for crowd movement. pic.twitter.com/PrBlNRYhr8

The Sound on Sound festival is the first large-scale music festival that Connecticut has had in almost eight years since the Gathering of the Vibes music festival. The two-day music festival included headliners Stevie Nicks, The Lumineers, Dave Matthews and Tim Reynolds, Brandi Carlile and more.

According to the Connecticut Office of Tourism, the festival was expected to draw over 60,000 people to Bridgeport. Noelle Stevenson, director of the tourism office, said big music festivals have a significant impact on the local economy.

“Festivals of this caliber attract many out-of-state visitors, which supports our hotel and restaurant industry,” Stevenson said. “Plus, the buzz surrounding these kinds of events also helps foster community pride.”

Some of the local restaurants featured at the festival included Donut Crazy, The Tasty Yolk, The Little Pub and more. The festival also partnered with nonprofit partners like Adam J. Lewis Academy, Make-A-Wish Connecticut and Special Olympics Connecticut.

While the festival had many big-name acts, local performers also got time on the main stage.

Through a program at Berklee called “The Berklee Popular Music Institute (BPMI)” artists get performance and concert-promotion experience to prepare them for the evolving music landscape.

The festival had sitting areas throughout the festival grounds. There were also free games and a playground area for families.

There is no official word whether Sound on Sound will continue to be a yearly event. However, the Connecticut Office of Tourism said it is trying to bring more festivals to Connecticut.

“Music tourism is one of the fastest growing trends, and festivals are proving to be a cultural melting pot in bringing more visitors to the state,” Stevenson said. “Our goal is to continue expanding the festival footprint, to bring back and welcome new visitors to the state.

"While I can’t say for certain what festival organizers have planned for future years, I can say that it is a goal of ours to continue to attract and expand high-quality festivals and events like this.” 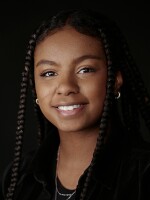