Some Of The Musicians Behind The Little Sea Folk Festival

Portland's busy Celtic music scene is having a moment.

This weekend launches the Little Sea Folk Festival. It's the culmination of an idea that brought a pair specialists in Irish music from the west coast to Atlantic shores.

It's great when two people find passions that mesh. Hanz Araki, an Irish flutist and singer, and vocalist Colleen Raney, have certainly found that passion.

After two decades in the West Coast Irish Music scene in Seattle and Portland, they both heeded the call of being situated in the original Portland's deep Irish music ecosystem.

"There are instrument makers here, there are fiddle makers, there are flute makers, pipe makers, guitar makers,” says Araki. “It's pretty incredible for such, not small in square miles small state, but not the most populous state."

"We were realizing as Portland, Oregon is changing, and it's growing and it's doing the same thing Seattle was doing, when we were smaller, it's just growing bigger than the arts community that had created its soul, maintaining its soul, guarding its soul,” she says. “We just thought it was time for us to relocate, we wanted to be closer to Ireland. We've started spending more time there, and so it's equidistant between home and Seattle."

The pair spend a winter month or so each year in Ireland, musical projects pending, split with occasional multi-week tours on the Pacific coast.

To pull such a schedule off, connections across musical locales are important. Which is what led both musicians to realize a showcase was needed for Celtic music in Portland, and that they had the musical rolodex to book a festival.

That highpoint kicks off Saturday with the Little Sea Folk Festival.

"There is a massive population of Irish, Scottish and French Canadian people here that have been asking for something to happen, and maybe it just took someone dumb enough to do it."

The mix of musical cultures in Maine broadened to scope of the Little Sea Folk festival: there's not just music, but dancing, not just Irish, but building on the state's French Canadian history as well.

Fiddler Erica Brown and guitarist Matt Shipman, of the Tune Les Cinq Jumelles, have helped Araki and Raney feel at home. They put together an impromptu performance to get a sense of the musical flavors at Little Sea Folk.

"It is, I'd say, an infectious sound. It's dance music, so the function of the music is to get people dancing. You know as they say any live performance isn't a success until you can get people to dance."

So there's an education component as well, learn the dances, listen to the songs, and be merry is the intended message.

The one day festival will be held Saturday near the Maine Irish Heritage Center in Portland. 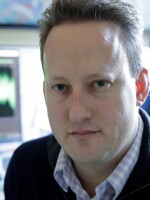