"Echo in the Canyon" Soundtrack

I haven't had a chance to see the documentary Echo in the Canyon yet, but I love the soundtrack. The film follows the explosion of creativity that came out of LA's Laurel Canyon in the mid-60s as folk went electric. Think The Byrds, The Beach Boys, Buffalo Springfield, The Mama's and the Papa's, Love, in other words, the California sound. If you don't know these songs, it's a great way to find your way to the originals and if you know them well, it's fun to hear these new versions. Jakob Dylan is featured along with Beck, Cat Power, Regina Spektor, Fiona Apple, Eric Clapton and Stephen Stills and Neil Young (who were there at the time), and Norah Jones. These songs are the basis for so much both musically and socially. And they are gorgeous! Can't wait to see the film, I'll be trying to sit still in my seat.

Listen and/or order Echo in the Canyon on amazon.com 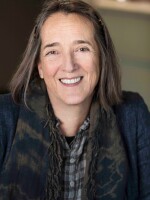