Republican U.S. Sen. Susan Collins of Maine is under renewed political scrutiny Monday for supporting the confirmation of Supreme Court Justice Brett Kavanaugh, in the wake of the Court’s divided decision that struck down a Louisiana law restricting abortion.

The law required abortion providers to obtain hospital admitting privileges, but critics, including national abortion rights groups, say it was designed to shut down clinics. They say voters should hold Collins accountable this November for supporting Kavanaugh, who dissented from the majority in the case.

Democratic Maine House speaker Sara Gideon, Collins’ lead opponent in the race, was also on the offensive Monday, tweeting that Collins “knew where Brett Kavanaugh stood on reproductive rights, and voted to confirm him anyway.”

In a statement, Collins said she supported the court's ruling, and said Kavanaugh's dissent doesn't mean he supports overturning Roe.

"I agree with the Supreme Court’s decision in June Medical, which recognizes the burden that the Louisiana statute could impose. Some have tried to suggest that this opinion is an indication of how certain justices would vote on the question of whether abortion will remain legal. That is reading too much into this specific decision. As Justice Gorsuch noted, 'In truth, Roe v. Wade is not even at issue here.' And while Justice Kavanaugh called for additional fact finding in this case, he gave no indication in his dissenting opinion that he supports overturning Roe," she said. 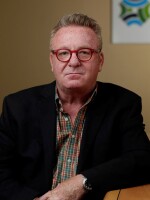